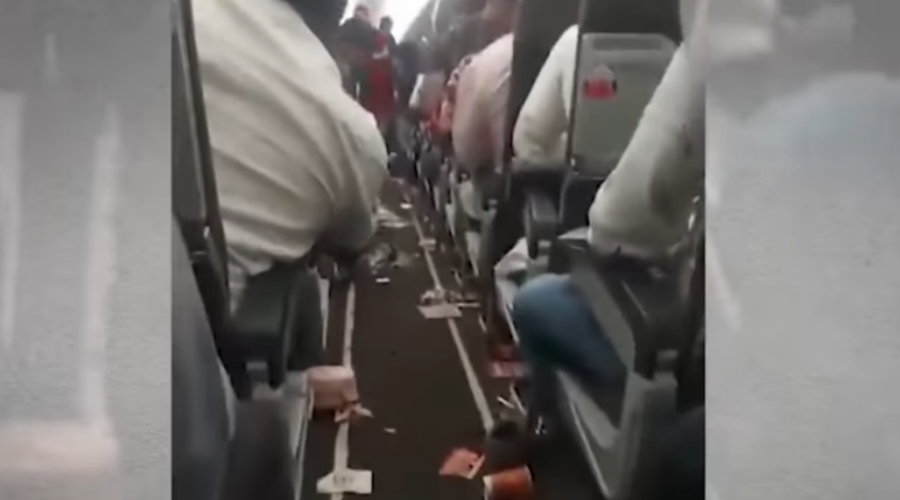 At least 15 people sustained injuries after a Boeing 737 hit turbulence while coming into land.

Several had to be rushed to hospital, some with head wounds, one with a spinal injury.

Some were hit by luggage that fell from overhead bins on the SpiceJet flight from Mumbai to Durgapur.

The flight, with 188 people on board, was caught in a Nor’wester storm while descending into Kazi Nazrul Islam Airport.

All injured passengers are now out of danger and in a stable condition, but India’s Directorate General of Civil Aviation has ordered an investigation into the incident.

In a statement, the airline said: “On 1 May, SpiceJet Boeing B737 aircraft operating flight SG-945 from Mumbai to Durgapur encountered severe turbulence during descent which unfortunately resulted in injuries to a few passengers.

“Immediate medical assistance was provided upon the aircraft’s arrival in Durgapur.”