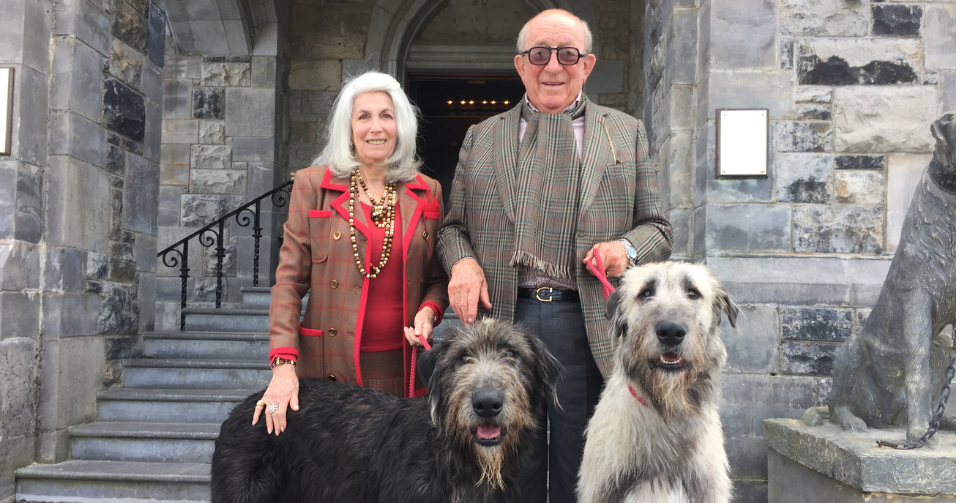 “One of the most amazing figures in travel and tourism has left us,” said Sir Geoffrey Kent, Founder, Co-Chairman and CEO of Abercrombie & Kent. “I have known him and his lovely wife Bea since I met them for the first time in 1972 in the Tollman Towers, a brand-new hotel they had just built in Johannesburg in 1970.

“Our travel paths have been closely linked over the years. Stan and his lovely family were always on the cutting edge in the travel industry and continually creating new products run with consummate style. They made so many people so very happy.”

CEO of Tourism Ireland Niall Gibbons said: “We in Ireland are eternally grateful for the lasting impact and legacy of Stanley Tollman.

“His vision, positivity and values left a positive influence on us all. The investment of Red Carnation Hotels into Ashford Castle has meant Ireland continues to punch above its weight on the world stage. The consequential impact on rural Ireland cannot be overstated.

“Our thoughts are with his wife Bea and entire family at this time.”

Stanley was born in the small fishing village of Paternoster in the Western Cape in 1930, where his parents owned a modest hotel.

At the age of eight, his family moved to Johannesburg where his parents acquired another hotel.

In 1954 Stanley Tollman married Beatrice Lurie and the couple used their wedding money to buy their first business venture, the Nugget Hotel in Johannesburg and the young Tollmans soon became some of the leading hoteliers of South Africa.

Their Hyde Park Hotel put them on the global stage by being the first to bring world-famous artists to South Africa in the mid 1950s.

The hotel became the go-to choice of renowned visitors to South Africa including Marlene Dietrich and Maurice Chevalier, and live entertainment at the hotel night club, The Colony, brought top-flight entertainers to Africa for the first time.

Stanley was also one of the first  South African hoteliers to invite black guests and performers into his luxury hotels, despite the apartheid government’s policies, and he championed a programme of training young black people in the hospitality business, unlocking employment opportunities until then reserved for whites.

The Tollmans went on to create the first five-star and all-suite hotel in South Africa, the Tollman Towers.

They later bought London-based Trafalgar Tours, followed by the Montcalm Hotel in Marble Arch, and the family moved to the UK in 1976, from where they continued to expand their travel empire.

Stanley was also a champion for sustainable tourism and created The Travel Corporation Conservation Foundation (TTC-CF) – a not for profit focused on activation of community and conservation projects and partnerships.

Renamed The TreadRight Foundation in 2012, today it supports over 55 projects worldwide.

He is survived by his wife Bea and four children.