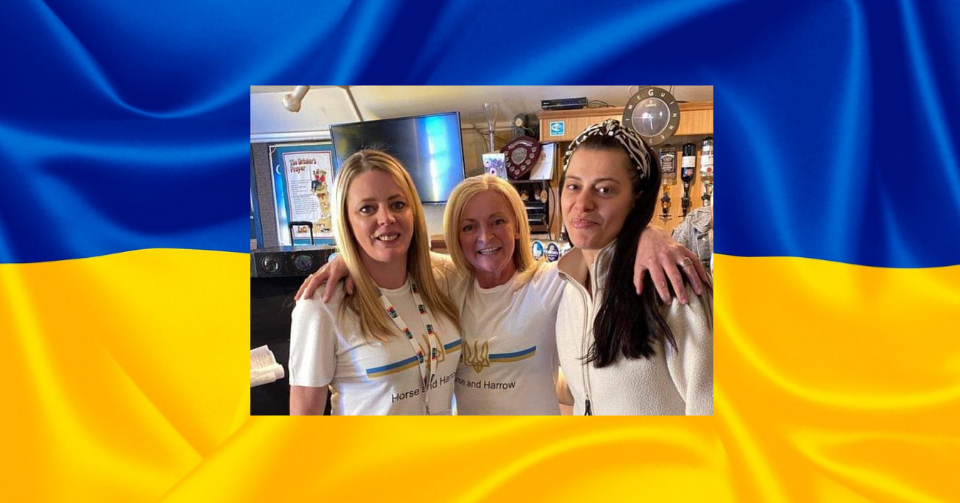 Christine came up with the top prize – a week’s holiday for two in Spain with Jet2holidays – for the latest of several fundraising events held by the Horse and Harrow in West Hagbourne, Oxfordshire.

Two hundred people paid £10 each for a raffle ticket and the money left over after the price of the holiday added £1,000 to the pub’s Ukraine relief project.

Christine said: “The Horse and Harrow has been collecting for Ukraine since the beginning of the conflict and has had countless lorries full of aid go to the Poland border.

“It’s raised 10s of thousands in donations from local businesses.

“The latest fundraiser was a disco where a local DJ donated his time.

“Landlady Helen Hughes, who herself went on the latest Ukraine run last week, was on the lookout for raffle prizes so I said I would raffle a holiday.”

The money Christine helped raise will go towards costs, storage and supplies for the next aid run.

Pictured, from left, are Christine, pub landlady Helen and Ukrainian refugee, Oksana, who is now living in the area and who helped with the raffle.