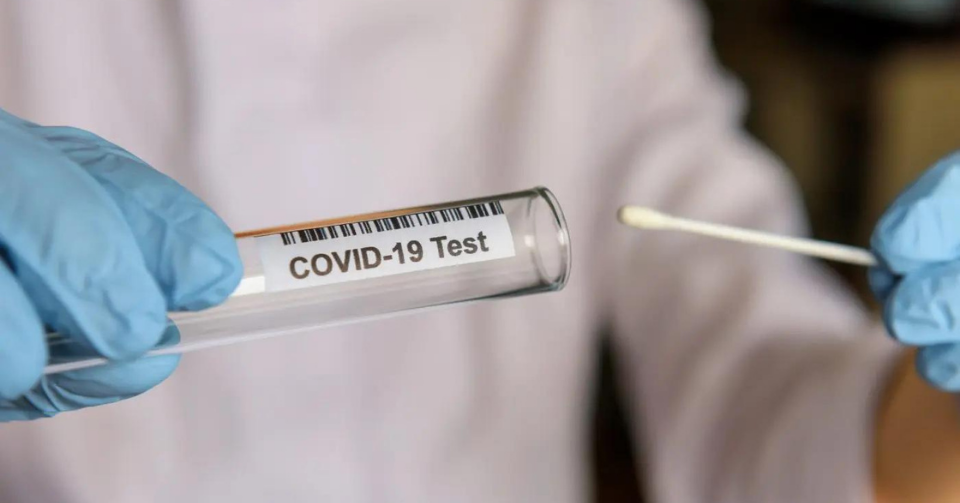 Holidaymakers claim they’ve been let down by one of the UK’s cheapest COVID travel test providers.

Dam Health customers have taken to Twitter to complain that fit to fly tests haven’t arrived on time, and one woman told the Mail On Sunday that she’d missed her flight as a result of the delay.

Dam Health, which has 45 testing clinics around the country, says it’s one of the ‘leading providers in the UK for COVDID-19 testing solutions’.

The Mail on Sunday said it had been contacted by a family flying from London Gatwick to the French Alps who had to pay for a second test for their 13-year old son so they would not miss their flight.

The father told the publication: “’We did the test at 5.32pm the day before and you’re meant to get results in two hours. Nothing had arrived the next day. No one answered the phone and we didn’t know what to do.

“We had to book another test for £35 at the Heathrow drive-in centre as Gatwick had run out and then get back for the flight. It was chaos.”

While Dam Health has previously been praised on Twitter for its rapid service, it was heavily criticised over the weekend for failing to deliver results on time.

Customers say they haven’t been able to contact anyone at the company, which greets callers with an automated message warning them of long wait times on the phone.

Travel Gossip has approached Dam Health for a comment. In a statement to the Mail on Sunday it said: “Dam Health has a robust procedure of investigating any complaints and responds to customers directly. Our number one priority is reducing the spread of Covid-19 and our expert team has successfully carried out more than 900,000 tests to date with absolute accuracy which has helped people travel overseas safely and with the confidence of having the necessary documentation. Furthermore, in immediate response to the Government’s recent announcements regarding testing requirements, we have introduced measures to amend bookings online and due to increased demand have employed additional customer service staff to help with increased enquiries during the December travel period. “