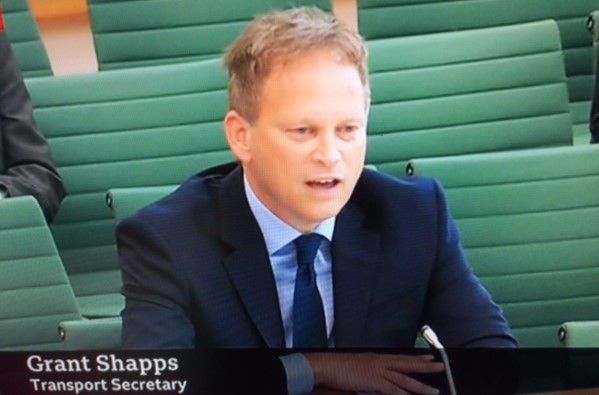 Transport Secretary Grant Shapps has failed to provide clarity to families on when PCR testing will be removed, claiming the timetable is out of his hands.

Appearing this morning before the House of Commons Transport Select Committee, Mr Shapps said he could not provide a specific date for when lateral flow tests would replace the need for PCRs.

The Government announced last week that day 2 PCR tests would no longer be a requirement in ‘late October’.

The absence of a specific date has frustrated the industry as families are still reluctant to commit to booking half term holidays in case the more expensive PCR tests remain a requirement.

Mr Shapps claimed he understood the need for clarity, particularly with half term looming, and said he would be ‘chivvying along’ the Department of Health which he said has responsibility for implementing changes to the testing regime.

“The Department of Health has responsibility for the regime that surrounds that testing and I am working with colleagues over there who I know are very keen to do this as quickly as possible,” he said, adding that the DoH are ‘aware’ of the issues of half term holidays.

“They are working very closely with private sector providers to ensure they can do this quickly as possible.

“But I don’t have a date because that is their work, but I do think they understand the speed, that speed is of great importance here.”

Asked why it was necessary to wait until October to make the changes, Mr Shapps said providers need to scale up their lateral flow production from a few thousands to potentially ‘millions.’

Pressed further on the timing, the Transport Secretary said he did know when clarity would be forthcoming, reiterating that it was outside his department’s role.

“As I say that is because it is not directly within my remit but I am working very closely with health to encourage and ensure that work is done quickly and I want to see the announcement to provide clarity as quickly as possible.

“I appreciate the urgency and I will be chivvying this along.”