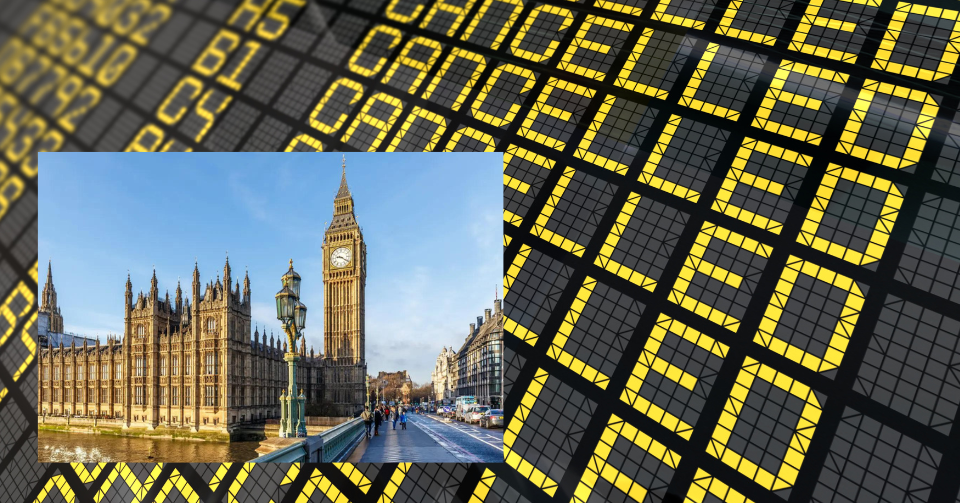 The Government has laid regulations before Parliament to allow a one-off ‘amnesty’ on airport slots rules, which it says will help airlines prevent last-minute flight cancellations during the summer peak.

It says the temporary measure will allow airlines to ‘plan ahead and deliver a realistic summer schedule that minimises disruption at the airports’.

Slots that are handed back will be made available for other airlines to use in the current season, before being returned to the airlines that normally own them in the next season.

The Government says the slot amnesty, which is subject to Parliamentary approval, is an ‘exceptional measure, while industry makes progress in recruiting necessary staff’.

The move is intended to ‘help passengers find alternative arrangements ahead of time, rather than face the kind of last-minute cancellations seen over the Easter and half-term holidays’, ministers said.

The plan comes after the Government urged airlines to review summer flight timetables now and make any cancellations sooner rather than later.

Transport Secretary Grant Shapps said: “Today’s announcement aims to help airlines provide certainty to passengers and ensure the next few months are as smooth as possible.

“The British people have made huge sacrifices over the pandemic, and for many this will be well-deserved time away that they haven’t had in years.

“That’s why it’s crucial they don’t face disappointing last-minute cancellations and chaos at airports when the system can’t deliver, and I will do everything in my power to stop that.

Aviation Minister Robert Courts added: “This is a hugely challenging time for our recovering aviation industry, but we cannot have a situation where passengers arrive at the airport just to have their flight cancelled or face long delays.

“Today’s announcement follows the discussions that my officials and I have been having with airports and airlines to understand where we can help them and ensure that they can run realistic schedules and make this summer a great success for the British public.”

Civil Aviation Authority Chief Executive Richard Moriarty said the association welcomed the measures but insisted ‘a continued focus on the unplanned and inevitable operational challenges is crucial for consumer confidence this summer’.

And Airlines UK CEO Tim Alderslade said: “This is a welcome step which will help build greater resilience into operations this summer, coming on top of measures already taken by the sector.”