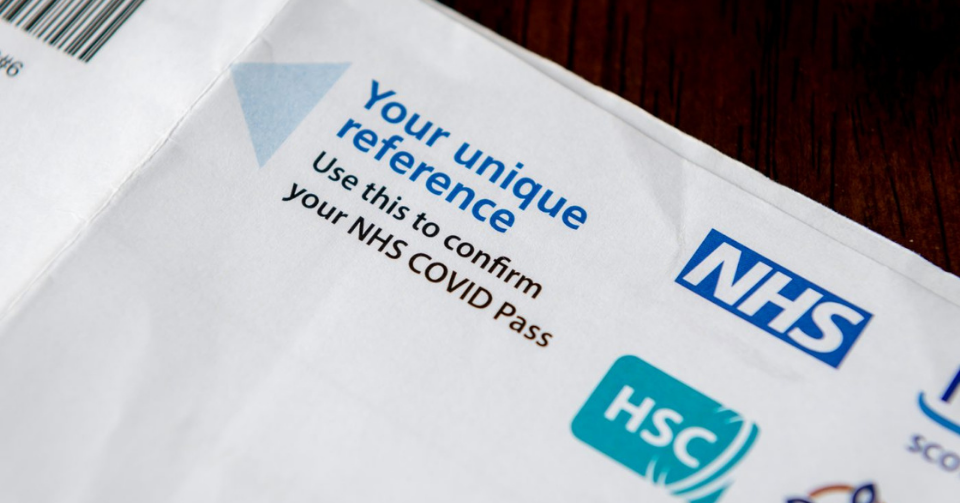 Holidaymakers who’ve been fully vaccinated against COVID-19 could have to cancel their holidays as incomplete records mean they’re unable to prove they’ve had both doses.

Many people have found that one of the two doses is missing from their NHS COVID Pass.

One agent said his client had to cancel his holiday as he was unable to get his records updated on time.

He told Travel Gossip that the client, based in Scotland, has taken legal advice.

The client’s COVID Pass showed only his second vaccination, not his first, but both doses must be visible to qualify a traveller as ‘fully vaccinated’.

He has no record at all of his first vaccine since he wasn’t even given a card with the date he received the jab and the batch number.

He has been in contact with the NHS to rectify the problem, but since he’s been told it could take several weeks to sort out and his destination is one of several that requires clients to be fully vaccinated, he’s had to cancel his holiday at his own expense.

“It was quite a unique trip that we created following an unusual brief which makes it even more frustrating that it’s ended in a cancellation,” his travel agent told us.

The agent said this was the second client he’d had whose second jab was missing from their COVID Pass. Other agents told us they’d had clients with the same problem.

Why are doses missing from the NHS COVID Pass?

There can be several reasons for incomplete vaccination records, which an NHS nurse told Travel Gossip are surprisingly common.

She said vaccinators working in vaccination centres must save and upload vaccination records to the Pinnacle point of care system, which then sends the details to a client’s GP.

However, she said vaccinators sometimes forget to press the link to upload the saved record.

“It happens quite often, it’s just human error,” she said.

Where the second dose is showing on the COVID Pass but not the first, it’s possible that the vaccinator updated the record for the first vaccination when the second dose was given, rather than entering a new record, said NHS Digital.

NHS Digital said a third possibility is that mandatory fields were missing or not populated properly, or the NHS number entered couldn’t be verified – an issue that can take up to seven days to rectify.

A travel agent, who also works in a vaccination centre, said sometimes the system crashes as records are being uploaded so they disappear from the system.

Is a record of the first dose needed for travel?

That depends on the destination. If it requires you to be fully vaccinated, you might be asked to show both the first and second doses, although one agent said a client had travelled to Greece with only the second vaccine showing on his COVID Pass, without any issues.

Another agent said one of her clients whose second dose was missing from her COVID Pass took a PCR test instead, but this would only be an option for destinations open to unvaccinated Brits.

A spokesperson for NHS England told Travel Gossip clients should be able to rectify the issue by calling 119 – the vaccine line – and speaking to the Vaccine Data Resolution Service (VDRS), which is option 4 when calling from England.

However, it can take up to 21 days to update a client’s COVID Pass, though some agents have reported updates happening within 24 hours.

One agent – who also works part-time for 119 – said clients might have to be persistent when calling to query their records since not all operators are aware how to sort out the problem.

Travel Gossip has heard from one customer who received an error message when he requested written proof of his vaccinations from the NHS App. The message told him to take his vaccination card to his GP and they were able to update his COVID Pass, although it took more than seven days.

Will a record of a booster vaccine suffice for a missing 1st or 2nd dose?

Apparently, a record that you’ve had a COVID booster jab will be insufficient to prove that you’re fully vaccinated for travel purposes.

Since it’s a lower dose than both the first and second jab, you need proof you’ve these in addition to the booster.