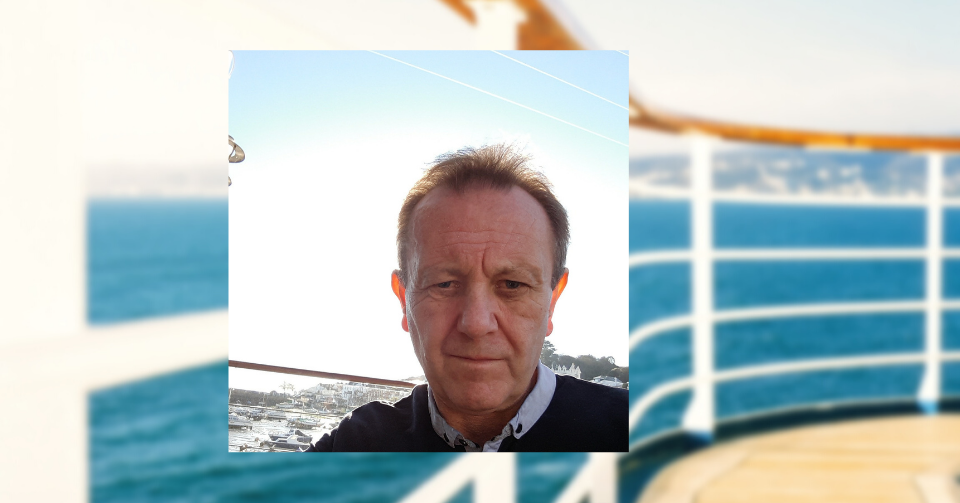 Gary was told in late 2019 that he had just six months to a year of life expectancy without treatment.

He was forced to leave the job he loved with luxury lifestyle company ASMALLWORLD to start treatment which included seven weeks of radiotherapy in London followed by a year of chemotherapy which, due to the pandemic, took two years.

Gary said he was devastated to leave the job he’d only started a few months earlier, having previously worked for Gray Dawes until 2017 when he’d ended up in hospital for nine months with sepsis after stepping on broken glass on a beach.

“I think I can say the last five years have been slightly traumatic,” he joked.

But Gary has now landed a new job with a luxury cruise and tour operator having been recently given the all-clear by doctors.

Apart from six-monthly MRI scans to keep the tumours under surveillance, he said he requires no further treatment unless there are signs of regrowth.

He posted his good news on Travel Gossip’s Facebook page ‘to show life is not all doom and gloom’ and said he has been ‘blown away’ by the support from the travel community.

His post has attracted 1,000 likes and more than 100 comments from well-wishers.

He expects to sign a contract with his new employer shortly, after which he’ll be able to reveal his new role.

A specialist agent has accused the Government of ‘constantly disregarding the travel industry’ and...

South Africa’s Tourism Minister has said the country remains open to travellers and insists it is...

The Government has defended its swift action on adding South Africa and five other countries in...

ABTA says the Government must provide financial help to travel companies affected by the decision...

Portugal is reimposing arrival rules for passengers flying into the country to show a negative...

The Government has acted swiftly to put six African countries on the red list over fears of a new...