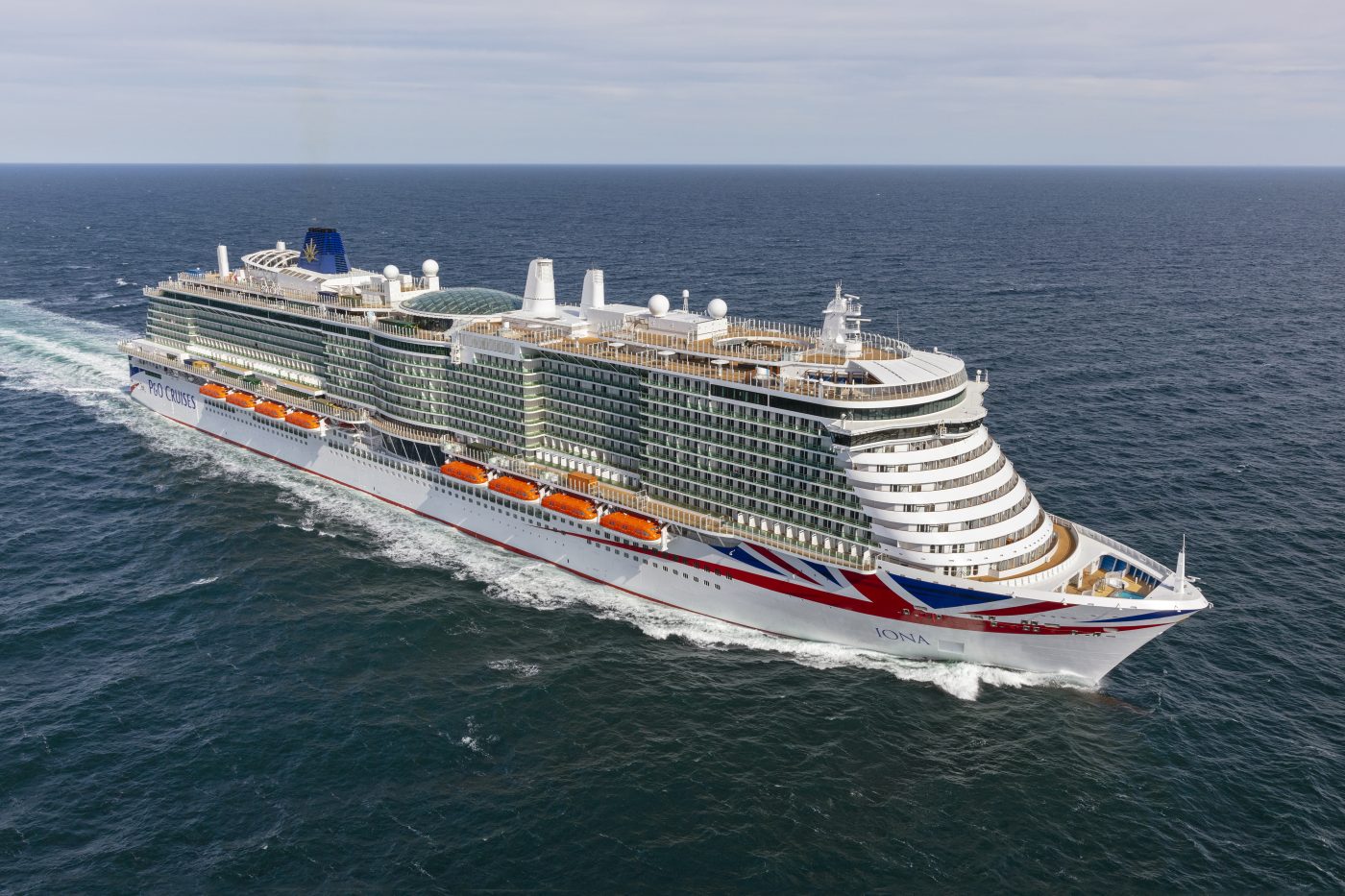 A firework display for the maiden voyage of the new Excel-class ship Iona from its namesake island in the Inner Hebrides has been planned by P&O Cruises.

The ship will leave Southampton on 7 August for its cruise around the coastline of the Scottish isles.

Entertainment on board the seven-night cruise will include Tony Hadley, former lead singer of Spandau Ballet, known for numerous chart-topping singles including international number one ‘True’ as well as ‘Gold’ and ‘Through the Barricades’.

Chef Marco Pierre White and wine expert Olly Smith will host masterclass talks on board sharing their gastronomic and drinks expertise. They have also collaborated to create The Chef’s Table, with menus designed by Marco complemented with wine recommendations by Olly, a new concept specially developed for Iona’s celebration nights.

Food served will be celebrating the flavours of Scotland with Highland smoked salmon, single malt whisky Cranachan Verrine, a regional cheese selection and Iona whisky fudge petit fours among the food that guests can experience.

P&O Cruises President Paul Ludlow said: “Iona’s maiden voyage is a momentous milestone for travel. The ship sets a precedent for a new type of holiday packed full of firsts – we have Gary Barlow as music director of The 710 Club, Iona is Britain’s most environmentally-friendly cruise ship powered by liquefied natural gas, and we have the first gin distillery at sea.

“It is apt that Iona’s maiden voyage is to the ship’s namesake island which has been the inspiration for many elements on board – the sense of space in the SkyDome through to the heather in our Marabelle gin distilled on board.

“Booking demand is strong so we know how eager our guests are to holiday on Iona. We are immensely proud of this ship and are excited for guests to experience it for themselves.”

Iona’s maiden voyage will depart Southampton, cruise past Cornwall before anchoring at the ship’s namesake island for the firework display.

P&O has recently changed its vaccination policy for UK cruises on Iona, now requiring all passengers from Thursday to be fully-vaccinated at least 14 days prior to boarding.