Finally… an MP acknowledges ‘travel is sector struggling most’ 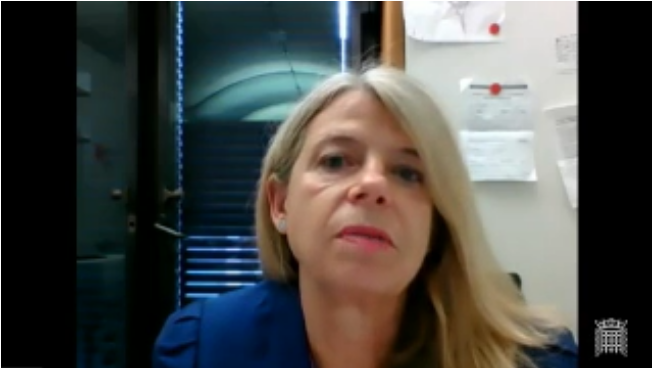 MP Harriett Baldwin has acknowledged the massive issues travel is facing at the moment, during a Treasury Select Committee into the economic impact of COVID-19.

Ms Baldwin, Conservative MP for West Worcestershire, had met with local agents Lee and Hilary Harrison, Co-Owners and Directors of Malvern World Travel, last week, when they were able to explain to her how front-line agents had been affected over the past 15 months.

Her meeting with the Harrisons obviously left an impression, as she told the committee: “It does seem, from my constituency work, that it is the travel sector that is struggling the most at the moment.”

However, there was concern she doesn’t fully understand how the industry works when she asked ABTA Chief Executive Mark Tanzer whether most people would be taking a staycation this year and whether there was enough capacity in the UK.

Advantantage Travel Centres CEO Julia Lo Bue-Said tweeted afterwards: “Really surprised that Mark Tanzer of ABTA has had to explain to @hbaldwin that a domestic holiday is not a substitute, an either or, for an international one.

“This is during a Treasury Select Committee on the economic impact continued restrictions are having on the industry.”

Mr Tanzer was among three people giving evidence to Monday’s committee on the economic impact of COVID on their industries.

He told the committee the industry had hoped ‘to get away from the stop-start’ of last summer.

“We need transparency so that we, as an industry, and customers, can plan,” he said.

Another committee member, Conservative MP for Hertford and Stortford Julie Marston expressed surprised that there have been ‘relatively few, surprisingly few, insolvencies’ in the industry, asking Mr Tanzer: “Have we got zombie companies in travel sector?”

She continued: “Are you worried? To what extent would that concern you and is Government support masking zombie companies?”

Mr Tanzer replied to say: “I am concerned,” adding: “We have lost some long established and notable companies. Shearings comes to mind, STA, Cruise and Maritime, so some very big names have gone and, within ABTA, 25-30 members have gone into insolvency.

“I have anecdotal evidence of people who have been living on thin air for months and they are right at the end of their tether. They are not crying wolf.”

However, recently launched group Travel Agents Reform Group Engaged Together (TARGET) expressed disappointment Mr Tanzer hadn’t used more information about how COVID had affected agents, which it had collated and sent to ABTA to use as evidence last week.

TARGET Co-Founder Jill Waite said: “ We tried our best and sent so much information to Mark Tanzer ahead of the meeting.”