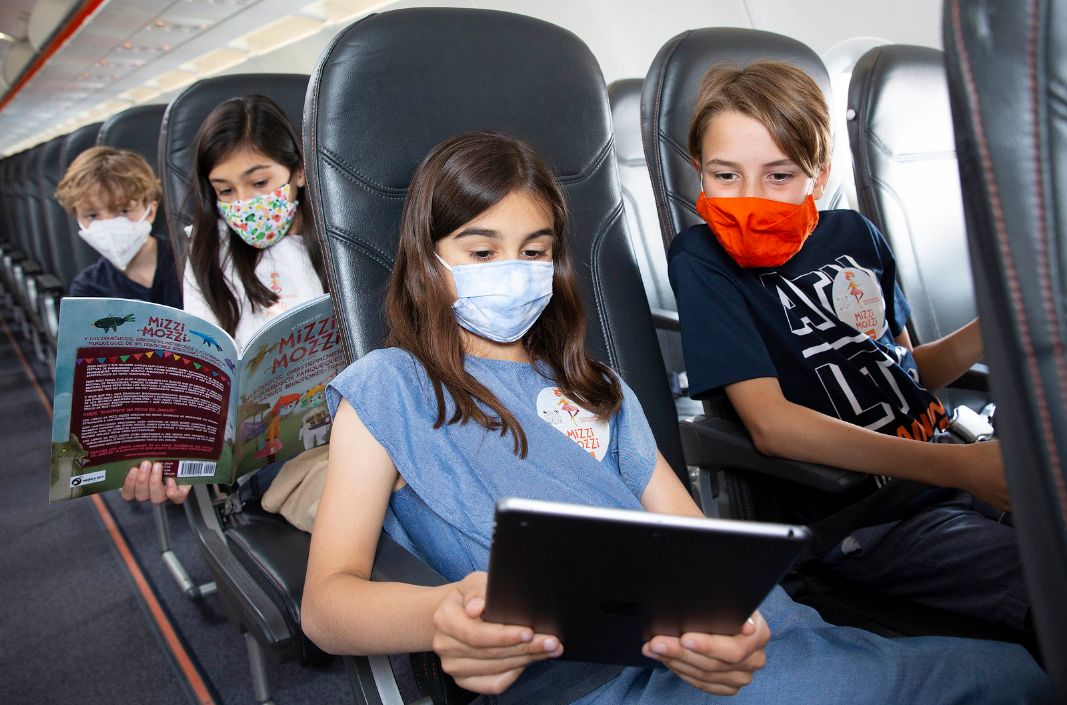 EasyJet has launched an in-flight learning initiative to encourage children to pick up a new language while flying.

All 300 easyJet aircraft are loaded with free introductory access to the Mizzi Mozzi series written in seven European languages with a total of 84 titles made available for free on seatbacks or QR codes.

Young passengers can choose from a collection of interactive stories that encourage them to discover foreign languages, including French, Spanish, Italian, German, Portuguese, Greek and English.

The initiative marks the restart of easyJet’s ‘Flybraries’ learning in the sky programme.

The campaign follows new research which reveals eight in 10 British parents are concerned their children have missed out on exposure to new cultures, experiences and languages as a result of foreign travel restrictions being in place for the past 18months.

easyJet is offering the first two books out of the new Mizzi Mozzi digital series for free, a total of 84 titles spread across seven language combinations, to enjoy before arrival.

Customers scan the QR code on the seatback in front of them, download the app for free, choose the language they would like to discover and download the selected books before take-off.