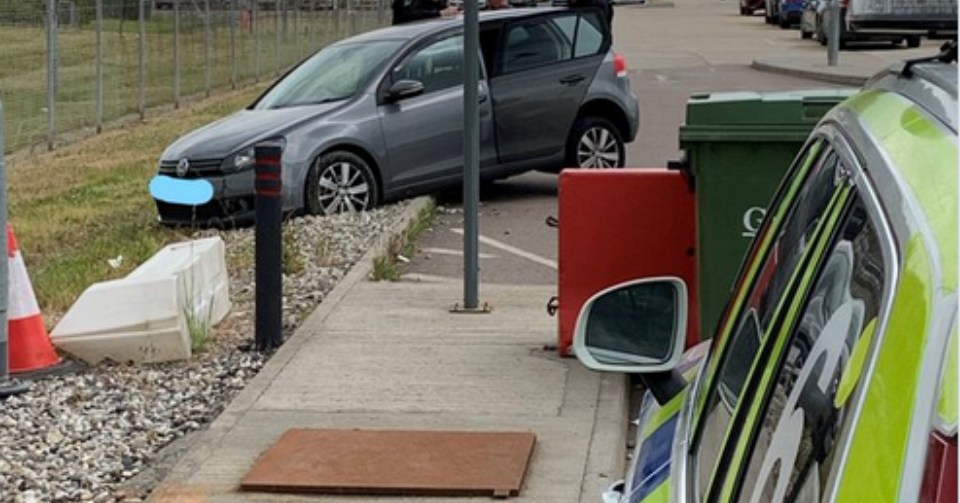 Essex Police has issued a warning after a driver’s vehicle got stuck trying to avoid the car park barrier at Stansted Airport.

Officers said the man got into difficulties when he attempted to drive around the barriers.

On arrival, police also discovered he should not have been driving at all as he was disqualified.

In a tweet, the force said: “This driver tried to avoid paying, got stuck when driving around the barrier and to top off his bad day… he was a disqualified driver.

“His car was seized by Essex Police and he still owes £496 in car parking fees!”