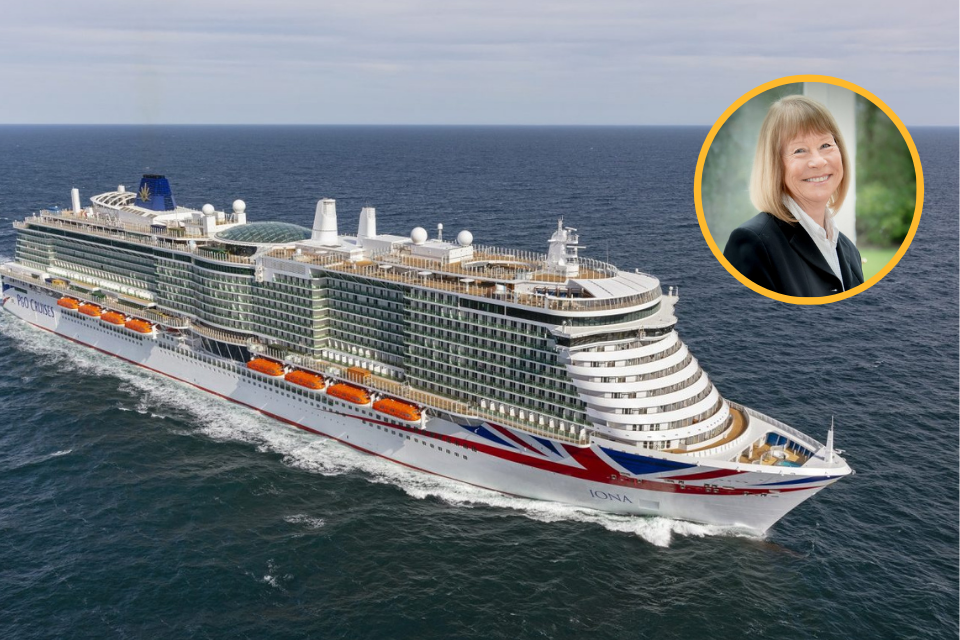 Dame Irene Hays says she is ‘very moved’ at being asked to name P&O Cruises’ new ship Iona, in what the cruise line promises will be ‘landmark’ ceremony next month.

The Hays Travel owner and Chair said: “Over the years I have watched several naming ceremonies but never dreamt I would be involved in this way.”

She said being named godmother was a tribute to the whole Hays team.

The ceremony will take place in Southampton on 16 May and will be broadcast to a virtual audience.

It will include a short performance from singer-songwriter Gary Barlow, P&O’s brand ambassador and Music Director of the ship’s 710 Club.

Mr Ludlow said: “We are absolutely delighted that Dame Irene Hays will be Iona’s godmother in a landmark naming ceremony, which will be the first stepping stone on the path to the return of the UK cruise industry.

“Since the inception of Hays Travel there is no one who has been more supportive of cruising or been more of an ambassador for the travel industry than Dame Irene Hays.

“As such there is no one more appropriate to take centre stage on 16 May in this prestigious event as we celebrate her achievements and pay tribute to her husband John.”

Dame Irene’s husband John, who died last November, founded Hays Travel in 1980 and together they were instrumental in expanding the company to become the UK’s largest independent travel agency group.

Mr Ludlow added: “The travel industry as a whole has been paused for over a year and has been devastated by the events of the last 13 months. We are so immensely grateful for the support we have received from travel agents across the UK, all of whom have faced commercial challenges none of us could have imagined.

“With domestic cruising opening up from 17 May and our series of UK coastal cruises proving very popular for this summer, recovery is certainly on the horizon and Iona’s arrival into the UK and naming ceremony will be the ray of hope the cruise sector has needed for such a long time.”

Dame Irene explained: “I was very moved when I was asked to be godmother to Iona.

“This naming ceremony will be very different to previous ones for obvious reasons but the plans for it are innovative and exciting and I’m very much looking forward to it.

“It will be a great pleasure to actually see the ship while P&O prepares her for her maiden voyage.

“In inviting me to name the ship P&O paid tribute to our teams in Hays Travel who have supported the cruise line for more than four decades.  It is a lovely acknowledgement to them too for all their hard work over the years.

“The launch is a real sign of optimism and, as always at Hays, we are realistically positive about the future.”

P&O will also support the Hays Travel Charitable Foundation, which encourages young people to be the very best they can be across education, sport and the arts.

“Being able to play a small part in securing the future of the next generation is indeed a privilege,” added Mr Ludlow.