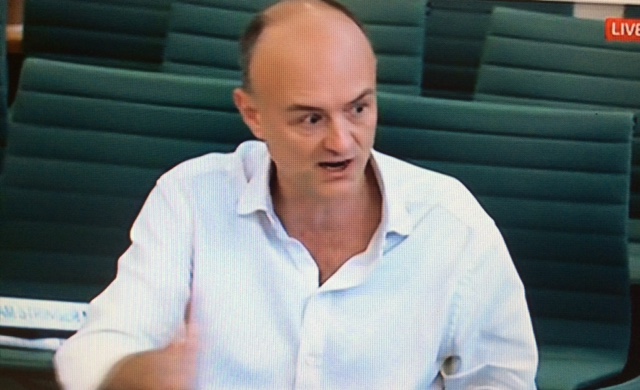 The Prime Minister ignored pressure to shut UK borders in early 2020 because he feared the travel industry would be destroyed, his former right-hand man Dominic Cummings has claimed.

In evidence to MPs about the Government’s handling of the pandemic, Mr Cummings said Boris Johnson initially discussed closing borders with experts in January and February 2020, but was told it would not make any difference to restricting the spread of COVID. But by April, Mr Johnson was ‘prioritising the economy’.

The PM’s former Chief Adviser said: “Before April, the PM was told repeatedly not to close the borders as it would have no effect.”

He said it was deemed ‘racist to close the borders’, adding: “That in retrospect was completely wrong.”

“The PM was concerned the travel industry would be destroyed if we bring in a serious border policy, to which of course, some of us said: ‘There’s not going to be a tourism industry in the autumn if we have a second wave.'”

He added: “The whole logic is completely wrong. If we don’t bring in a proper border policy now, we are going to have a second wave in the autumn and everything is going to be shut. Forget just tourism.”

“As of today, we still don’t have a proper border policy in my opinion.”

Mr Cummings said that, back in April 2020, he repeatedly warned: “People are going to be asking why on earth are we under these restrictions but the borders are open?

“We are imposing all of these restrictions of people domestically but people can see that everyone’s just coming in from infected areas. It’s madness. It’s undermining the whole message that we should be taken seriously.

“From the summer, fundamentally, the view was ‘well we have passed it now, COVID’s history’, which was a terrible, terrible mistake.”

“The Department of Transport was not keen on doing it either because they were worried about the effects of tourism.”

When asked to sum up the Government’s reaction to the COVID crisis, Mr Cummings answered: “Some individual brilliant performances. Overall system total failure.”

And, during the committee’s late afternoon session, when asked: “Are you surprised by the confusion on the current travel arrangements of green, amber and red countries?” Mr Cummings replied: “I’m afraid it’s deja vu all over again.”