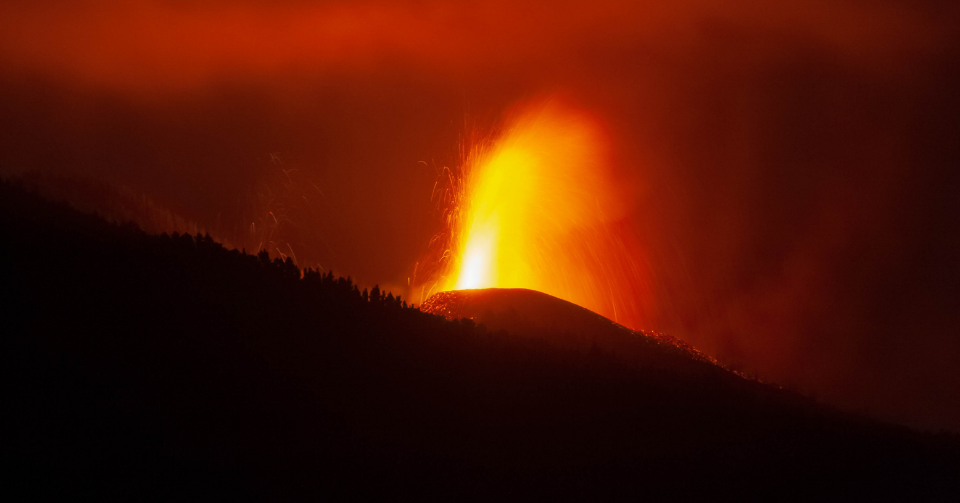 Scientists are warning that toxic gases could be released into the atmosphere around the Canary Island of La Palma if lava from an erupting volcano reaches the sea.

The Canaries regional government has declared a two mile nautical mile exclusion zone around where the lava is expected to hit the water at Playa Nueva beach.

On Tuesday evening, it was about 800 metres away.

If the lava hits the water, the difference in temperature between that and the sea will send clouds of toxic gas into the air, causing explosions of molten rock.

The chemical reaction could also create hydrochloric acid, which might be blown over the islands, which can irritate the skin, eyes, nose and throat and might cause breathing difficulties, especially in people with respiratory disease, say experts.

People in the Tazacorte coastal districts, which have been affected by heavy ash fall, have been urged to remain indoors.

Technical director of the Canary Islands Volcanic Emergency Plan, Miguel Angel Morcuende told media there was a ‘possibility that there will be a small shock when the magma enters the sea water, and that this small shock causes vapours which can be toxic’.

However, a spokesperson for the island’s Scientific Steering Committee stressed that gas clouds of this kind dilute rapidly and the ‘stay indoors’ measure had been ordered as a precaution.

An update from the tourist office said the volcano is affecting ‘a very specific area’ in the west of La Palma. The rest of La Palma and the other seven Canary Islands are functioning normally, it said, adding that there has been no impact on tourist activity.

About 1,000 tourists who were staying in the affected areas of La Palma have been evacuated. “Most of these people have chosen to be relocated on the same island, while a small number have decided to move to Tenerife,” said the statement.

“For tourists who are planning a trip to La Palma and whose stay is not in one of the areas affected by the volcanic eruption, there is no problem at present, however, it is advisable to contact accommodation providers to check on the situation before flying,” it added.

All airports in the Canary Islands are operational at the moment and the movement of the ash cloud is being closely monitored in relation to its effect on air traffic. Travellers are advised to confirm the status of their flight with their airline or tour operator before travelling.

It said the island, which is heavily dependent on tourism, will remain on ‘red alert’ while the eruption continues.