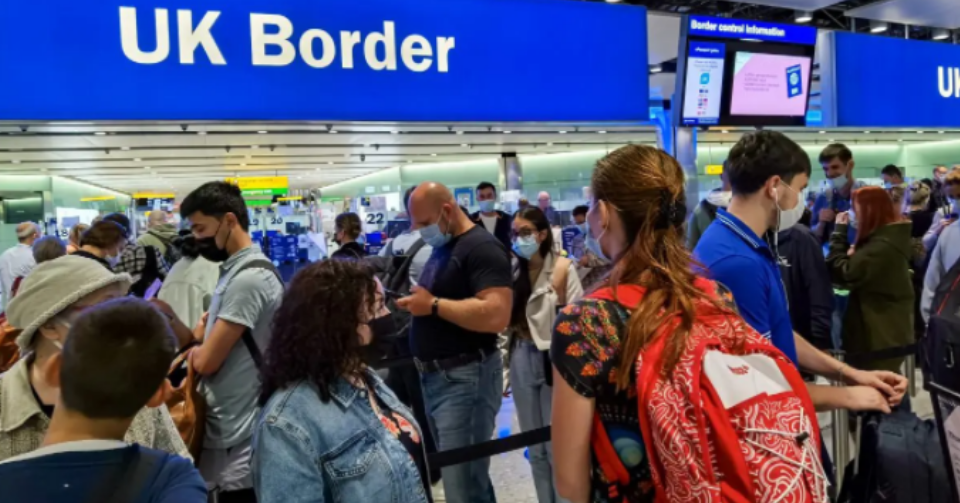 Heathrow was thrown into chaos this morning as reports emerged that none of the e-gates were working at Terminal 5.

Long queues formed at immigration, with Heathrow saying it was ‘aware’ of the issue.

BTA CEO Clive Wratten, returning to the airport from the US, posted a number of tweets from T5 saying he was caught in ‘mega queues’.

“Saddens me to say this as past experiences good but arrival @HeathrowAirport this morning to find not a single e-gate working in T5 & yes you guessed mega queues”  Mr Wratten tweeted. “Such a disappointing way to greet returning nationals and valuable guests from all around the world.”

The BTA chief also posted a photo of a trolley packed with water bottles.

“You know you are in for a horrible experience entering Britain when the water trolley turns up,” he said.

Mr Wratten added that the industry has worked hard to get back on its feet only for passengers to be treated “terribly”.

Heathrow replied to the tweets by saying it was aware of longer immigration queues and of ‘an issue impacting the e-gates which are staffed and operated by Border Force’.

“Our teams are working with Border Force to resolve this as quickly as possible,” it added.

Mr Wratten was among the first passengers to fly to the US when operations resumed on Monday. Welcoming the return of UK-US flights, he said reported bookings from BTA members has soared 143% week on week.

“It’s great to see those sorts of numbers but it’s a long road back,” he tweeted.