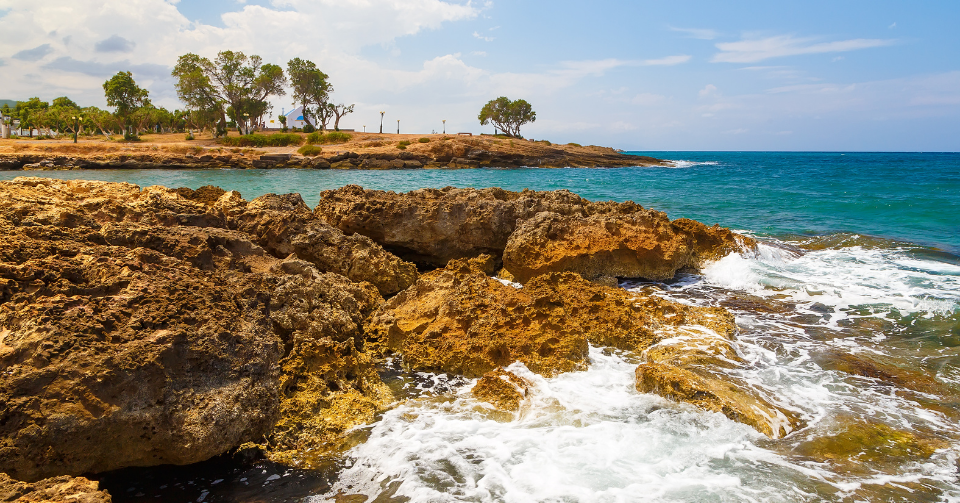 The Foreign Office has confirmed it is helping the family of a British holidaymaker who drowned after rescuing his two grandsons from the sea in Crete.

Jonathan Smith, aged 61, managed to push the two boys, aged seven and 10, safely onto a rock when they were caught in strong currents in the bay of Gouves, which is in the north of the Greek island.

But lifeguards said Mr Smith, a part-time NHS worker from Lanarkshire in Scotland, didn’t have the strength to haul himself out of the turbulent sea.

And they were unable to reach him immediately because of the strong current.

Locals, including two waiters from a seaside restaurant, dove into the sea to help Mr Smith reach his grandsons, who had got into difficulties after going for a swim in the cove.

Coast guards tossed them ropes and a buoy and helped to haul them from the water, but it took six attempts to reach Mr Smith, who kept being swept away. When they eventually managed to pull him from the water, he was unresponsive and was later pronounced dead.

The boys were taken to a local hospital to be treated for minor injuries and shock.

The Foreign Office said: “We are supporting the family of a British man who died in Crete and are in contact with the Greek authorities.”