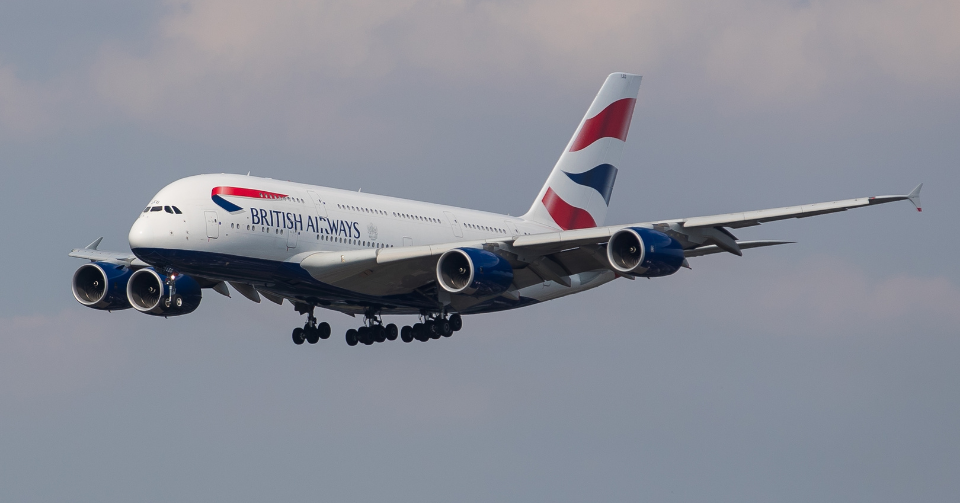 British Airways will operate its biggest schedule since March 2020 in November when its double-decker A380 aircraft is brought back into service.

It has confirmed that from November it will resume flights to several long-haul destinations, including the US.

The A380 will initially operate to a number of short-haul destinations to allow for crew service familiarisation in November, before resuming services to Miami, Los Angeles and, from December, to Dubai.

BA’s decision to bring the A380 back into service follows the news that the US plans to reopen to British holidaymakers some time in November.

The airline is planning to fly to 23 US airports this winter with up to 246 flights a week, more than any other transatlantic carrier, it said.

It will be adding more flights to a number of cities, including New York, which will initially be increasing to five a day, followed by eight in December.

In December, it will also resume flights to Nashville and New Orleans.

Closer to home, British Airways has increased flights to a number of short-haul destinations by adding 13,000 more seats to holiday hot spots this month.

Popular leisure destinations Marrakech and Dalaman will be added in time for October half-term, when BA will also add a brand new service to the Turkish resort of Antalya.

For this winter, BA will restart flights to a number of ski destinations including Innsbruck, Grenoble and Salzburg from December.

The airline is also extending its Caribbean programme with 12 services a week to Barbados and nine each to Antigua and St Lucia, which will be split across Heathrow and Gatwick airports.

Flights to the Maldives and Mauritius will also be increasing to 10 and six per week over the Christmas period.

Across its short-haul network British Airways will be increasing flights year-round to key European cities with 48 weekly services to Amsterdam, 33 to Geneva, 35 to Dublin, 28 to Milan and 21 to Berlin, Paris and Rome.

The airline is also set to launch a new route from Belfast to Birmingham, as well as new ski destination Salzburg, from London City and Southampton.