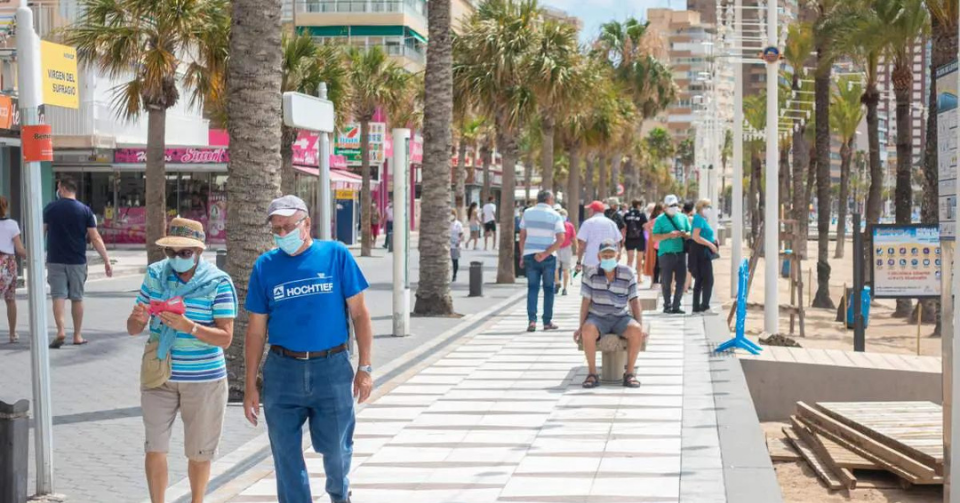 Health chiefs in Spain have warned that coronavirus restrictions could be reintroduced in the popular resort of Benidorm due to a sudden rise in COVID cases.

Ana Barcelo, Health Minister for the regional Valencian Government, said cases began to rise after 5 October when there was an influx of Brits.

The town has been placed in the ‘extreme risk’ COVID category after its rate rose to 286 cases per 100,000 inhabitants.

Ms Barcelo said:  “We are observing the situation in Benidorm and the increase in the number of Covid cases there with concern.

“There are 286 cases per 100,000 inhabitants and 53 per cent of these cases have been seen in the group of non-Spanish nationals.

“We will watch how things evolve and adopt measures to control the situation if it becomes necessary.”

She added: “We began to detect the rise in the number of cases after October 5 when more tourists began to arrive from the UK.”

Benidorm’s COVID rates of infection are six times higher than the average for Alicante province, which covers Barcelona.

However, the regional hotel association Hosbec says the figures don’t take into account the floating population of tourists and holiday home owners, who triple the town’s static population.

It also points out that at the start of the week there were just eight COVID patients being treated at the Marina Baixa Hospital in Villajoyosa near Benidorm.

The UK currently accounts for more than one in five visitors in the resort.