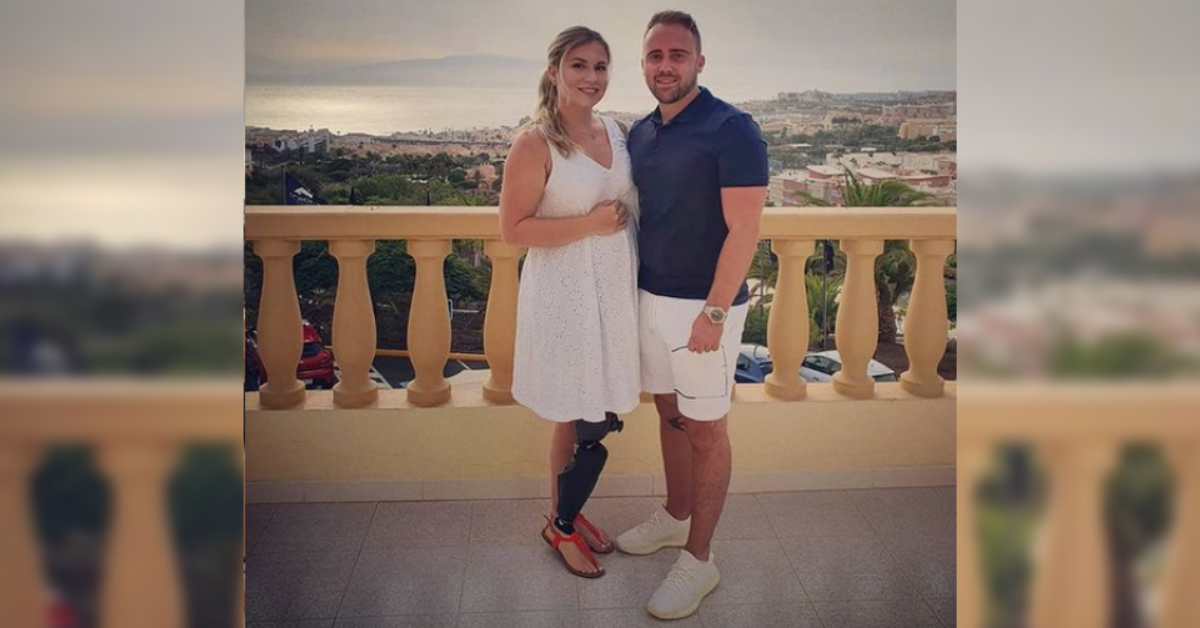 A woman who was one of the worst injured in the Alton Towers’ Smiler ride accident has married her fiancée six years after losing her leg in the crash.

Twenty-six-year-old beautician Vicky Balch tied the knot with pizza business owner Dino Manciocchi, 27, in a ceremony in her home town of Preston, Lancashire on Saturday.

The couple has a seven-month-old son, Venanzio.

Vicky was one of 16 people injured in 2015 when her carriage on the Smiler ride slammed into an empty carriage that had been left on the track. She had to be cut free from the wreckage and afterwards her right leg was amputated by surgeons.

Alton Towers, which is owned by Merlin Entertainments, was fined £5 million and Vicky received a multi-million pound payout for her injuries.

She was due to marry Dino in a ceremony in Florence in September 2020, but the pair were forced to rearrange the wedding due to the pandemic, and opted for a celebration at the Bartle Hall Hotel near Preston instead.