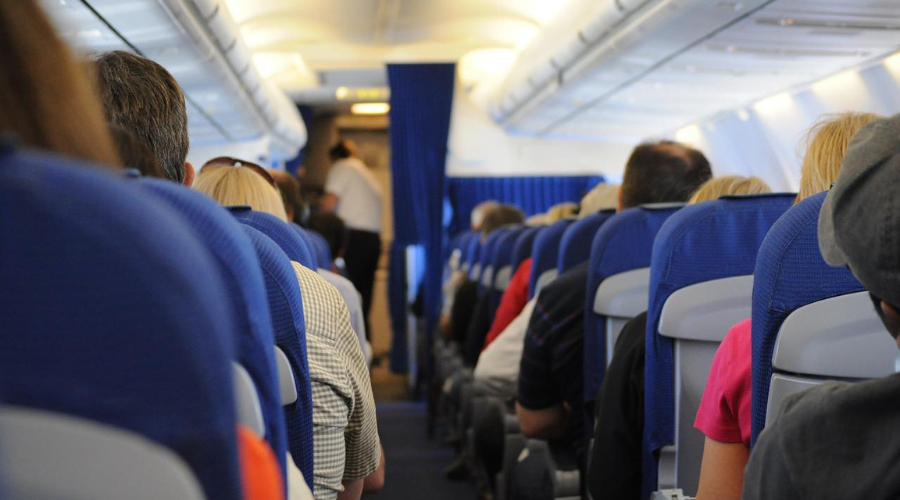 Airlines could soon be forced to redesign aircraft interiors and increase the size of seats due to growing girths.

The US Federal Aviation Administration has launched a 90-day public consultation on the size of the seats following increasing concern that aircraft can no longer be evacuated quickly enough in an emergency.

Part of the blame is being put on carriers and manufacturers, who it is claimed have shaved inches from seat sizes and seat pitch in the last 20 years to squeeze in more passengers.

But passenger groups have also highlighted the increasing girth of travellers, which is making it more difficult for quick exits when people are in a confined space.

Back in 2018 the US Congress ordered the FAA to investigate the issue and it conducted a host of mock evacuations before deciding most aircraft could be cleared in the target 90 seconds. However, those tests have been criticised because they only involved able-bodied people aged 18-60.

Passenger pressure group FlyersRights.org has been urging the creation of minimum seat dimensions since 2015. Its president, Paul Hudson, told USAToday: “Seats have continued to shrink by some airlines, and people are continuing to get larger. Our estimate is that only 20% of the population can reasonably fit in these seats now.

“It’s beyond a matter of comfort, or even emergency evacuation, there are serious health and safety issues when you’re put in cramped conditions for hours on end.”

“It does cause a big safety concern for plus-size people if they don’t have two seats.”

Depending on the results of the consultation the FAA could be forced to issue airlines new rules on minimum seat size, with new laws potentially being introduced as early as 2023.