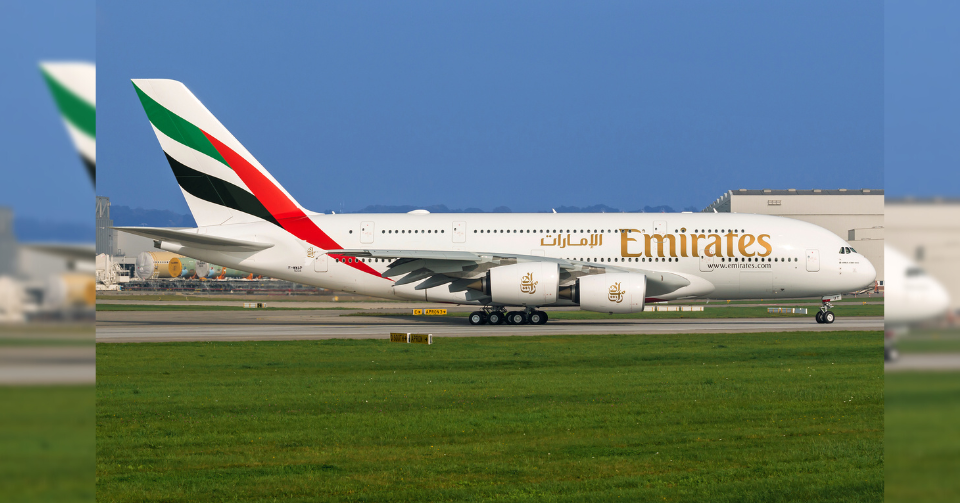 Emirates has said it will refuse to comply with an order from Heathrow to cancel flights for the rest of the summer and plans to operate as scheduled to and from the airport.

Heathrow announced on Tuesday it was setting a daily cap of 100,000 departing passengers until 11 September and asked airlines to cancel services.

But Emirates has issued a statement to say that it was unreasonable to be given 36 hours to comply with Heathrow’s order, adding: “Ensuring ground readiness to handle and turnaround a widebody long-haul aircraft with 500 passengers onboard is not as simple as finding a parking spot at a mall.”

Emirates said: “LHR last evening gave us 36 hours to comply with capacity cuts, of a figure that appears to be plucked from thin air.

“Their communications not only dictated the specific flights on which we should throw out paying passengers, but also threatened legal action for non-compliance.

“This is entirely unreasonable and unacceptable, and we reject these demands.”

In an open letter to customers earlier this week, Heathrow CEO John Holland-Kaye said that, despite earlier flight cancellations by airlines, they are still scheduled to operate 4,000 more seats than the airport can handle each day between now and 11 September.

He said that 1,500 of these seats have already been sold and airlines have been ordered not to sell any more.

After Heathrow’s announcement, consumer champion Which? warned thousands of customers were now unsure whether their summer trips from Heathrow would go ahead or not.

In its statement, Emirates accused Heathrow of ‘blatant disregard for consumers’ and ‘denying seats to tens of thousands of travellers who have paid for, and booked months ahead, their long-awaited package holidays or trips to see their loved ones’.

“Emirates believes in doing the right thing by our customers. However, re-booking the sheer numbers of potentially impacted passengers is impossible with all flights running full for the next weeks, including at other London airports and on other airlines,” the statement added.

“Adding to the complexity, 70% of our customers from LHR are headed beyond Dubai to see loved ones in far-flung destinations, and it will be impossible to find them new onward connections at short notice.

“Moving some of our passenger operations to other UK airports at such short notice is also not realistic.

“The bottom line is, the LHR management team are cavalier about travellers and their airline customers. All the signals of a strong travel rebound were there, and for months, Emirates has been publicly vocal about the matter.  We planned ahead to get to a state of readiness to serve customers and travel demand, including rehiring and training 1,000 A380 pilots in the past year.

“LHR chose not to act, not to plan, not to invest. Now faced with an ‘airmageddon’ situation due to their incompetence and non-action, they are pushing the entire burden – of costs and the scramble to sort the mess – to airlines and travellers.”

It concluded: “Until further notice, Emirates plans to operate as scheduled to and from LHR.”

Heathrow responded with a statement saying: “Aviation is a complex network and no one can operate in isolation.

“The network continues to suffer from COVID-related challenges. While many factors have resulted in the delayed flights, misconnected bags, long waits for arriving bags and last-minute cancellations at Heathrow and airports across Europe in recent weeks – a key issue is airline ground handling teams which are currently only resourced up to 70% capacity to serve passenger demand which has returned to 80-85% of pre-pandemic levels.

“For months we have asked airlines to help come up with a plan to solve their resourcing challenges, but no clear plans were forthcoming and with each passing day the problem got worse.

“We had no choice but to take the difficult decision to impose a capacity cap designed to give passengers a better, more reliable journey and to keep everyone working at the airport safe. We have tried to be as supportive as possible to airlines and our 100k cap on daily departing passengers is significantly higher than the 64k cap at Schiphol.

“It would be disappointing if instead of working together, any airline would want to put profit ahead a safe and reliable passenger journey.”