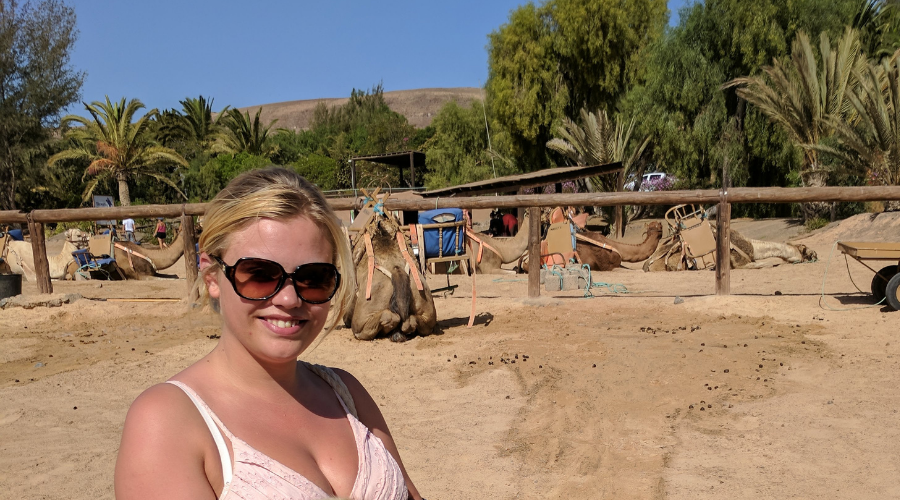 Travel agent Alicia Brown refused to allow her care worker client to miss out on a much-needed family holiday when a passport was delayed in the post.

Instead, she made about 18 calls – and spent hours on the phone – tracking down the missing passport so her client and her family made it to the flight just on time.

“There was no way I was letting them miss their holiday,” said Alicia, of Midcounties Co-op Travel in Sedgley, West Midlands.

“She is a care worker, I worked in care years ago so I know how hard it is and she is the sort of person who does everything for other people, I wanted to do something for her.”

Alicia’s client bought the £1,000 package last December, booking seven days in Tenerife for herself, her 16-year-old daughter and her daughter’s boyfriend, departing on 28 March.

However, she realised in February that her daughter’s passport didn’t have the three extra months required for travel to the EU post-Brexit, so she applied for a new one, having been told by the Passport Office that it would take about two weeks.

When the passport still hadn’t arrived three days before the holiday departure date she paid a £450 admin fee to move the flights to Easter Monday, 18 April.

By Good Friday the passport was still nowhere to be seen.

On Saturday, 16 April, she received a text from TNT saying the passport would be delayed until the following Tuesday, so she postponed the holiday another two days, till the following Wednesday, at an additional cost of £200. She also reduced it from seven to five days.

But on the Tuesday morning she called Alicia to say she’d have to cancel the holiday completely because she’d received another message saying the passport wouldn’t arrive till Wednesday.

“She had totally given up on the holiday and I was devastated,” said Alicia.

“She said she was dreading her daughter waking up and having to tell her they couldn’t go on holiday and I thought, I’m not having it.

“I knew her passport would be in a local depot somewhere so I decided to track it down.”

She said she rang the courier company TNT’s head office and three local TNT depots about 18 times to find out which one had the passport so she could tell her client to go and pick it up in person.

“The client had already called TNT and they said they could only email (not call) the depot with the passport – but that the depot could take 24 hours to respond, by which she would have missed her flight!

“I found the telephone numbers for the local TNT depots and one of them said they needed a reference number to locate the passport, but TNT head office wouldn’t give me or the client the reference, they were really unhelpful.

“I spent pretty much all morning on the phone, I think in the end TNT got fed up with me because before going on my lunchbreak I told the client to call the TNT depot again and cry – and it worked! She got an email later from TNT giving her an address to collect her passport.

“At 8.30pm that night I called her and she had the passport so they made the flight the next morning.

“The whole thing totally consumed my Easter, but it was so worth it.”