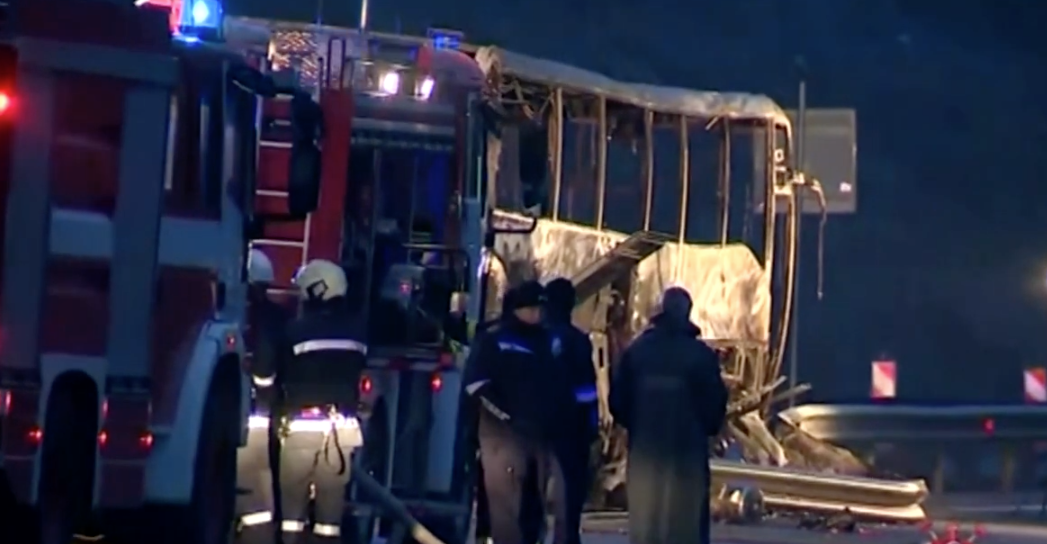 Twelve children were among the 45 tourists who died after their bus crashed in Bulgaria earlier this morning.

The 53 passengers on board were mostly travelling back to North Macedonia after a weekend trip to Istanbul.

The bus burst into flames on the highway in western Bulgaria.

An interior ministry representative said it either caught fire and crashed or crashed and then caught fire.

Seven people were treated in hospital in the capital Sofia, 28 miles from the scene of the accident, for burns after jumping from the burning vehicle. They are all said to be in a stable condition.

The cause of the accident remains unclear, according to the news organisation Reuters, but officials say the bus appears to have struck a road barrier at some point during the incident.

Borislav Sarafov, Bulgaria’s investigative service chief, said either there had been a ‘human error by the driver or a technical malfunction’.