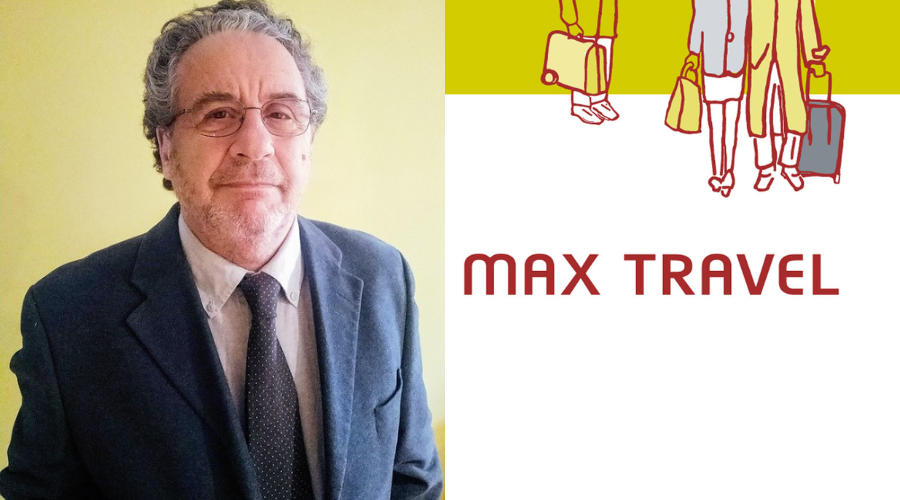 A London travel agency has been voluntary dissolved by its owner after more than 27 years in business.

Owner Edward Jospé announced on Facebook that he had closed Max Travel, which was based in Battersea in south London, ‘peacefully’.

He added that the domain name maxtravel.co.uk is for sale.

Edward is also the majority owner of the Hotel Plein Sud in the French ski resort Serre-Chevalier, which is featured by several UK operators including Crystal and Inghams.

Max Travel sold both bespoke leisure and business travel in the agency that was originally launched as a franchise of Gem Travel in 1994, and later changed its name to Max Travel – after Edward’s newborn son – in 1997.

Edward, who is also a part time actor and has appeared in several films as an extra, including one Hollywood movie, said he had taken the ‘huge decision’ to close his business sometime ago, but ironically it was the COVID pandemic that enabled him to shut up shop after he found the agency was struggling to compete.

“The challenge in running a travel business is that you can never stop, unless you sell or go bust, which I was determined not to do. You always have forward liabilities, but when the pandemic came along we weren’t taking any new business so we were able to arrange a managed closure without any damage.”

Writing on Facebook, Edward, aged 63, said: “It has been a tremendous journey; we have met thousands of fantastic travel trade colleagues in many countries and in almost all section of the tourism industry.

“We have also known a multitude of clients, their friends and colleagues as well as their families. The journeys we have organised over the decades have sometimes been incredibly inspiring.”

Edward also wrote of the many obstacles the business had faced. “The problems we have encountered on this journey have been complex and long lasting; especially the downgrading of airline ticketing commissions in the late 1990’s, the advent of electronic OTA’s, the Icelandic Eruption, various conflicts in various places over and over again.

“The inevitable worldwide lock down in March of 2020 was an experience which I will not forget.”

Edward, who is a certified life coach said he will be focusing in the future on mentoring young people in the tourism industry. “I will also be bringing people together to engage in the climate emergency a lot more when arranging travel for our clients as well as looking at your own business’ sustainability mission. This is by far the travel industry’s biggest challenge,” he added.

He can be reached on jospecoaching.com.