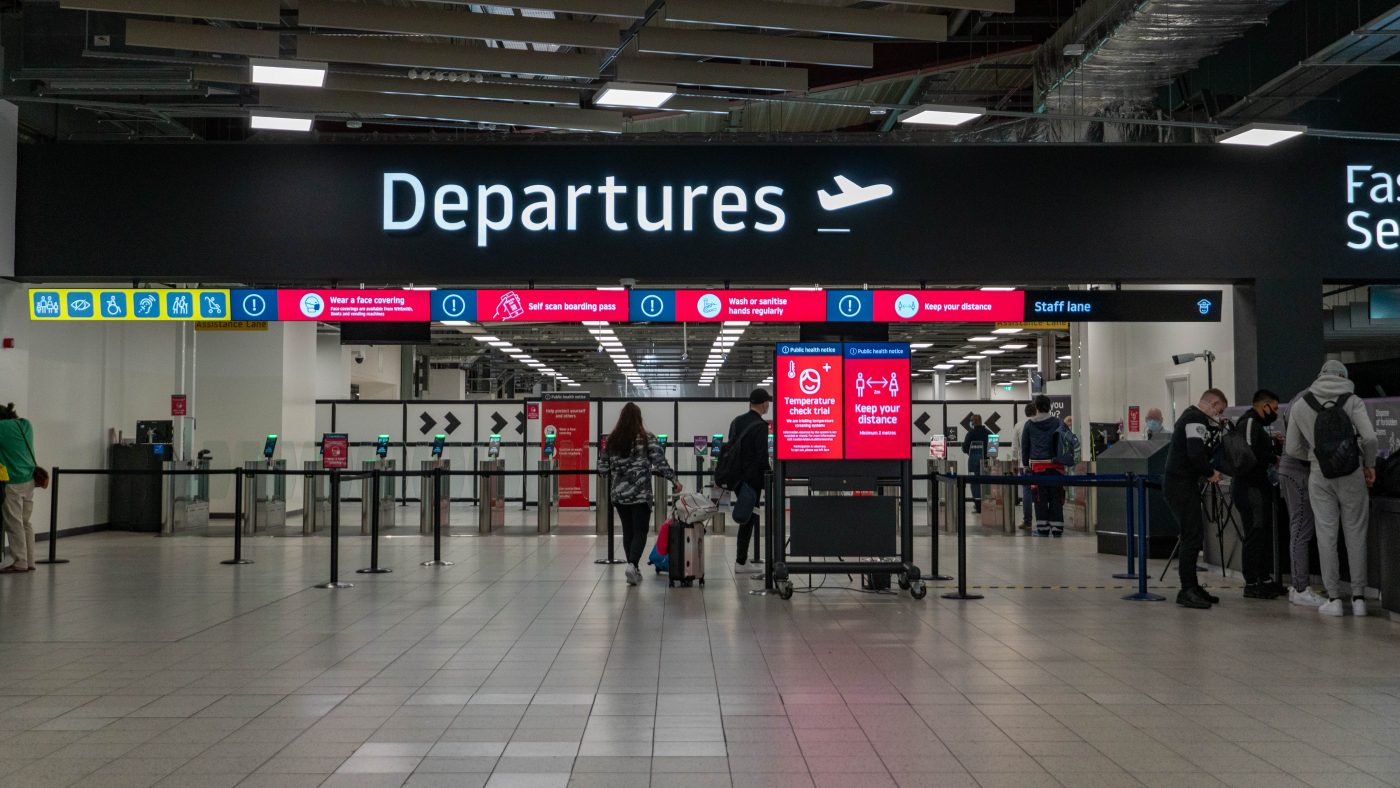 Eleven people have been charged after four people were injured in a brawl at Luton Airport.

Seventeen people were arrested after the fight broke out at around 8am on Friday in the departure hall, next to a duty-free outlet.

Eleven have since been charged with violent disorder and released on bail until their court hearing. Five were released without charge and one was released with bail conditions

An airport spokesperson told Sky News: “We take a zero-tolerance approach to violence and continue to assist the police with their enquiries.

“We would like to sincerely apologise to any passengers affected.”

Video shared on social media showed men punching, kicking and throwing luggage at one another during the fight.

Police said four people were injured in the fight, three of whom were taken to hospital. They have since been discharged.