6 reasons to sell Cyprus in the winter 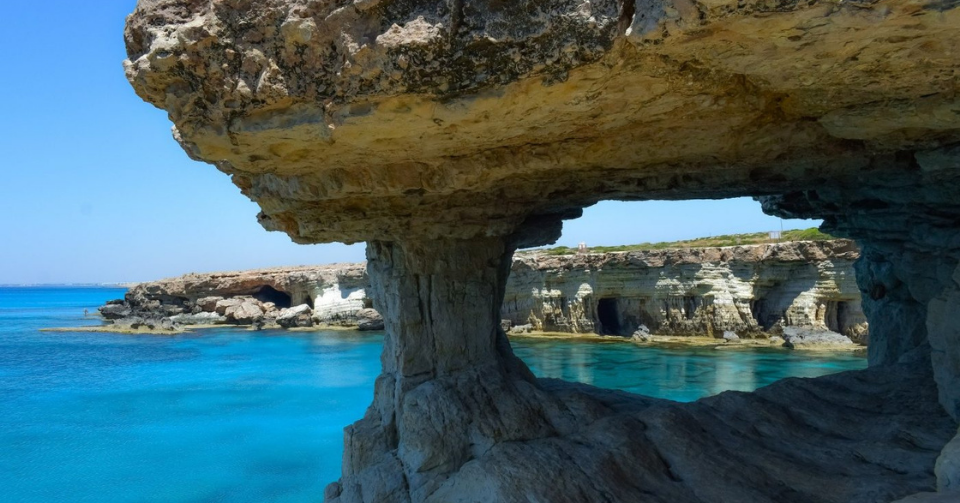 Cyprus is hugely popular in the summer, but once the crowds start to disperse from the end of October it’s still got lots to offer. Here are just six of the reasons why you should sell it as a winter destination:

It’s warm well into winter in Cyprus, making it an ideal choice for some late sun. When Travel Gossip visited in early November, as a guest of Louis Hotels, the temperature was hovering around 22 degrees – still Factor 50 weather! – and every day was cloud-free, but the evenings were cool, so if you eat outdoors at this time of year you’d definitely need a sweater.

For the best weather, the east coast is usually the warmest, so Protoras and Ayia Napa are good choices; Limassol is often windy, but Paphos, less than an hour to the west, is more sheltered.

December to January is the wettest and coolest time of year, so best avoided by those seeking winter sun.

Cyprus is no more than a 4 hour 45 minute flight from the UK (or only 4 hours with a strong tailwind) and it’s served by plenty of airlines with a good choice of regional departures, even in the winter. For example, British Airways, easyJet, Jet2, Ryanair and TUI all fly to Paphos throughout the year. There’s only a two-hour time difference, so no real jet-lag, unlike when travelling to most other winter sun destinations.

Hotels typically slash their rates by up to 25% to 50% during the winter, plus they’re more likely to throw in special offers such as free meal upgrades or airport transfers from November to March. For example, in early December, Louis Hotels’ Royal Apollonia in Limassol is charging £187 a night for a standard room, B&B, which is £70 night cheaper than early July 2022.

You’re more likely to get a sun-lounger in your favourite spot by the pool or on the beach once the summer crowds have drifted away, and you’re likely to have the water to yourself (although it might be a bit nippy!). Hotels might offer fewer facilities in the winter, with many closing their kids’ clubs and speciality restaurants from the end of October, but some – such as the Royal Apollonia – keep all their facilities open.

At the four-star plus Paphos Breeze hotel, there was still a programme of daily entertainment during our two-day visit in November, including exercise classes in the main pool (though you could escape to the ‘relax’ pool if that wasn’t your thing) and table tennis tournaments.

Some restaurants in even the biggest resorts shut down in the winter, but when Travel Gossip visited Paphos in early November, most of those in the harbour – where the speciality is freshly-caught seafood – were still open, and busy too, but, thankfully, we didn’t have to make a reservation, which might not be the case in the summer.

It’s great for walking and culture

Cyprus can get as hot as 40 degrees in the summer, which makes it hard to stray far from the water, but in the winter the weather is ideal for exploring the island.

Paphos and Limassol are good bases for visiting the main archaeological attractions in Cyprus. Limassol has not one but two medieval castles, an ancient temple dedicated to Apollo, and a well-preserved Greco-Roman theatre at the Kourion Archaelogical site.

In Paphos, you can see Paphos Castle, a Byzantine fortress perched at the end of the harbour, the Tombs of the Kings, a large necropolis, and the House of Dionysus, the remains of a grand Roman villa where seriously impressive two-thousand-year-old mosaics are the key attraction.  It’s open year-round, but many of the outdoor mosaics had been covered with sand during our visit in early November, presumably to protect them from the rain and cooler weather.

Active guests can take hikes in the Troodos Mountains, which are easily reached from Limassol, especially if you hire a car.

Of course, it’s only right that the legendary birthplace of Aphrodite, Goddess of Love and Beauty has some amazing spas. There are plenty to choose from, including the Royal Spa, which you’ll find in Paphos and inside the Royal Apollonia hotel in Limassol. You could easily spend a few days being pummelled, scrubbed, wrapped and massaged here before rolling onto a sunbed. It’s ideal for a couple’s holiday, hen weekend or mother-and-daughter break.

A specialist agent has accused the Government of ‘constantly disregarding the travel industry’ and...
Read More

South Africa’s Tourism Minister has said the country remains open to travellers and insists it is...
Read More

The Government has defended its swift action on adding South Africa and five other countries in...
Read More